Heat 1 Tbsp. oil in a large skillet over medium-high heat. Add half of the beans and Swiss chard stems, season with salt and pepper, and cook, tossing often, until crisp-tender, about 5 minutes. Transfer bean mixture to a large bowl and toss with second half of green beans, basil, vinegar, and remaining 2 Tbsp. oil; season with salt, pepper, and more vinegar, if desired. 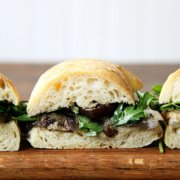 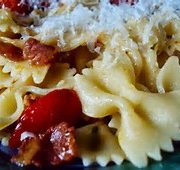 Zucchini with Corn and Cilantro

Orecchiette with Corn, Greens and RicottaLentils with Cucumbers, Chard and Poached Egg
Scroll to top