Heat an indoor grill pan or outdoor grill to medium high (about 375°F to 425°F). Meanwhile, place the peppers in a medium bowl, add the olive oil, and toss to coat; set aside. When the grill is ready, place the peppers on the grill in a single layer, making sure they’re not touching; reserve the bowl they were in. Grill the peppers uncovered, turning them occasionally, until they start to char and blister, about 6 to 8 minutes total. Return the peppers to the bowl, toss immediately with the salt, and serve.

In a small bowl, stir the miso and sake until smooth. In a large skillet, heat the oil with the chile until shimmering. Add the shishitos and ginger and cook over high heat, tossing, until tender and blistered in spots, 2 to 3 minutes. Remove from the heat, add the miso sake and toss well. Transfer to a plate and serve.

Shishito Peppers with Sesame and Soy

Place the peppers in a mixing bowl and drizzle them with olive oil. Lightly season with salt and pepper then spread in to an even layer on a sheet tray, being sure there is even spacing. Roast for 6 minutes, until charred on one side. Remove from the oven and season with flakey salt and the toasted sesame seeds. Serve immediately. 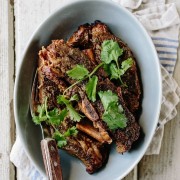 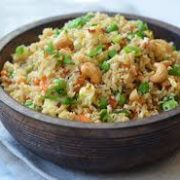